Please write down the artwork name that you would like to ask for more details
Add to Wishlist
Category: Uncategorised Tag: Jlee 360

JLEE Ho Lam is a Taiwanese-­‐born artist trained in Canada, Vancouver. After studying art in Vancouver, she held numerous exhibitions in Canada, Taiwan, Hong Kong and Japan and commenced her art career in Asia. She created the brand and art series “Jlee 360” around the idea of “360-degree thinking” through her surrealistic-­abstract style artworks. In 2013, Jlee participated in the Songzhuang Artist In Village Artist In Residence program in Beijing and exhibited her works at her solo show ” What Do You See in China “. The show centers around an interactive art piece that opens new ways of looking at and thinking about artworks in different perspectives.

She was awarded the winner of the ’40 under 40′ Designer Awards 2013 under the category of ART by Perspective Magazine.

In 2012, Jlee participated in several exhibitions in the Asia region, and continues to bring the fun and pop concept of Jlee360 to the people.
In particular, in February, Jlee participated in the Art Revolution Taipei Art Fair to create a painting for its “Hundred Celebrities Charity Sales”. The exhibitor’s list of artworks includes those from MaYing -­‐ Jeou, President of the Republic of China and President Lee Teng Hui,etc. In May 2012, Jlee participated in the Challenge Skateboards SDA 2012 Skate Deck Art exhibition tour around China. Jlee has also been active in the community through different involvement. In November 2012, Jlee was invited by Hope Worldwide to be the judge of Lucky Bag Drawing Competition to bring hope and liveliness to the elderly community in Hong Kong and participated in the 13th Senior’s Day Art Awards Ceremony in 2013. Jlee’s past involvement in the community including art mentorship by invitation of the Art Promotion Office and Hong Kong Institute of aesthetic Education. Orbis also invited her to create artworks to help the blind.

Jlee is now a HK-­‐based artist ready to travel, explore and take up challenges through her journey in ART.

Jlee does commission paintings for fashion brands, residential and private houses. She is also the art blogger for Home Square, the largest shopping mall for home furnishing in Hong Kong www.homesquare.com.hk

The Realm of Perception – Red Dimension

The Realm of Perception- Midnight Mist

The Realm of Perception – Letting Go 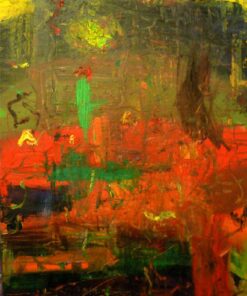