Green Art Asia invites you to join and support the movement and to Be a Peace Ambassador!

The 19 cm Knotted Gun Sculptures are Limited Edition of 499 each design. 100 cm sculptures available upon request

When you buy a knotted gun, you have also made a significant donation to the Non-Violence Project and to stem the youth violence.

The Knotted Gun is the world’s most recognized symbol for peace, which was a tribute to the shooting death of John Lennon.

The Knotted Gun depicts a 45-caliber revolver with its barrel knotted into a bullet-blocking twist, an idea normally confined to 2D reality in newspaper editorial cartoons.  The pro-peace symbol was created by Swedish artist Carl Fredrik Reuterswärd in the 1980’s. Carl Fredrik Reuterswärd (1934) is not only one of Sweden’s internationally most famous artists, but also a prominent writer. He was inspired by the shooting death of his pal, John Lennon.

John Lennon was one of the most public advocates for peace and non-violence and in many of his songs, both as part of the famous pop group The Beatles, and together with his wife Yoko Ono, the lyrics focused on the vision of a world without violence. 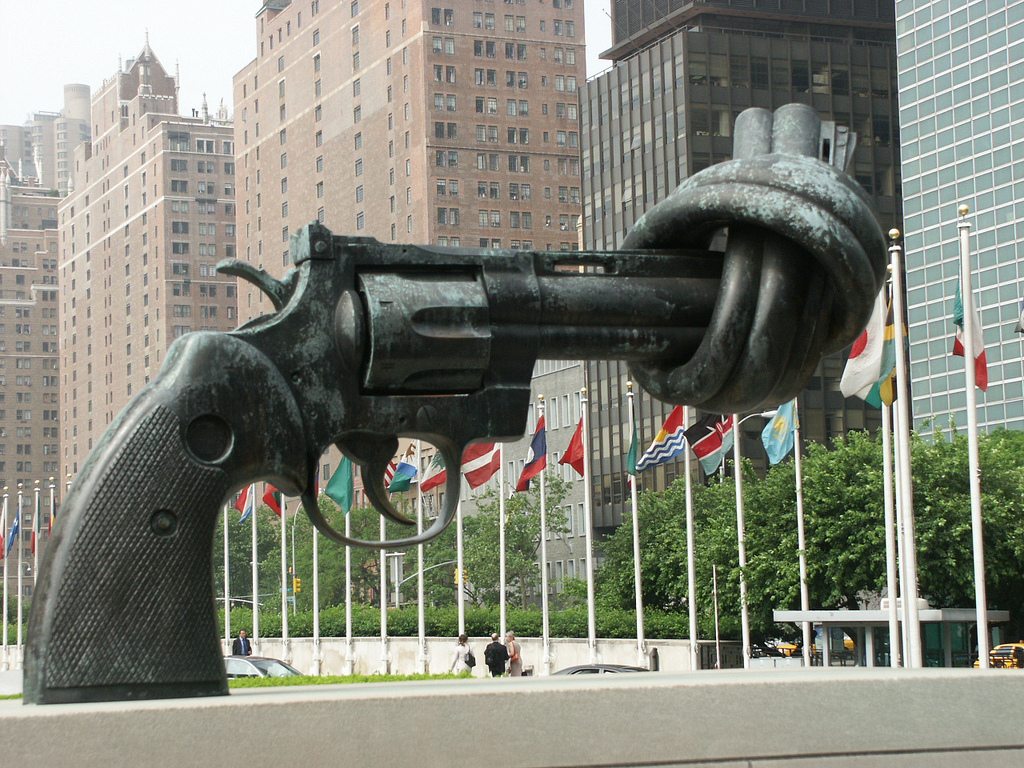 Initially, the sculpture was placed in the Strawberry Fields memorial in Central Park, NYC, across the street from where John Lennon and Yoko Ono lived.  It was given to the UN by the government of Luxembourg in 1988. Since the original bronze sculpture was placed outside the UN headquarters in 1988, replica sculptures have been placed in more than 30 prestigious sites on five continents. 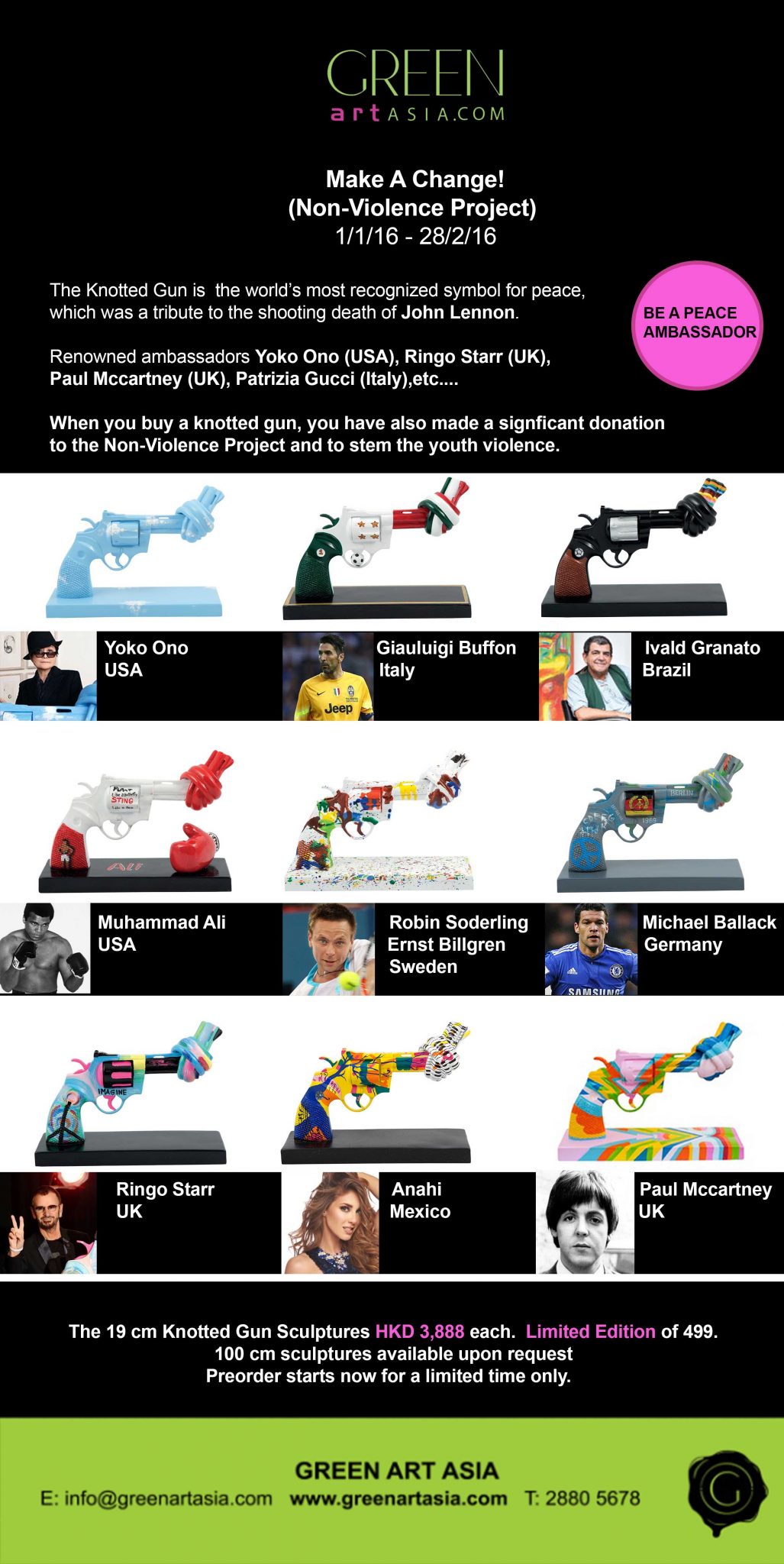 Along with renowned global ambassadors and local heroes, Muhammad Ali (USA), Yoko Ono (USA), Ringo Starr (UK), Paul Mccartney (UK), Lionel Messi (Argentina), Patrizia Gucci (Italy), etc., through artistically interpreting the symbol in their own way. These colorful art sculptures are then exhibited at various events around the world in order to increase public awareness about the educational message and ambitions.

And the world will live as one.”