Gaze of Desire features a transitional joint between renowned fashion photographer Justin Cooper and widely recognised artist Feng Zhengjie, as they showcase the ideology of women as a focus of desire. 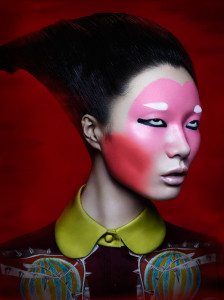 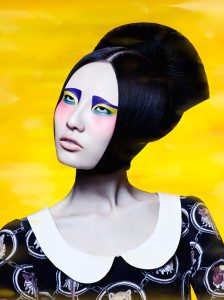 Justin Cooper  Global-roaming photographer Justin Cooper is known internationally for his haunting, alluring images. With bases in Sydney, New York, Paris and Shanghai, Cooper’s work across a spectrum of industries – including fashion, beauty, advertising and personal – is distinguished the connection he creates between his camera and his subject.  His editorial client list includes Harper’s Bazaar, Vogue, Elle, Marie Claire and Manuscript, while his advertising campaigns include Lee, Jigsaw, Elle McPherson, L’Oreal, Clarins, Sephora and Biotherm. 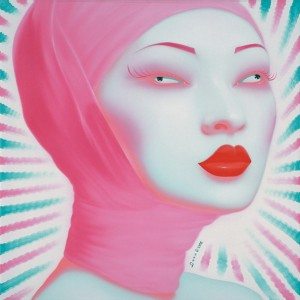 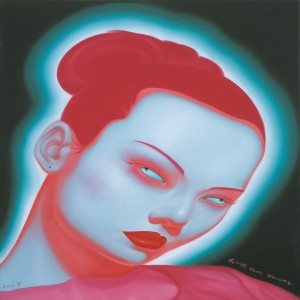 Feng Zhengjie is one of China’s well-renowned painters. He has exhibited internationally in many shows including Dialogue With Asia in Oslo, Korea Contemporary Art Festival in Seoul, China Femmes de Chine in Paris, Primary Colors at the Singapore Art Museum, New Perspectives in Chinese Painting in Milan, etc. Feng’s painting Chinese Portrait was hammered for CNY 2,400,000 in 2008.

This exhibition features Feng’s best-known work – the Portrait of China series. “Warhol-esque” portraits of through women who exude the glamour aesthetic of desire are believed to portray the rampant consumerism and a vision of emerging pop culture.

Known as Miami’s premier anchor fair, Art Miami kicks off the opening day of Art Week — the first week of December when thousands of collectors, dealers, curators and artists descend upon Miami. World-famous for its stylish gallery-like decor, its outstanding quality and extraordinary variety, Art Miami showcases the best in modern and contemporary art from 125 international art galleries.

Art Miami maintains a preeminent position in America’s contemporary art fair market. With a rich history, it is the original and longest-running contemporary art fair in Miami and continues to receive praise for the variety of unparalleled art that it offers. It is the “can’t miss” event for all serious collectors, curators, museum directors and interior designers, providing an intimate look at some of the most important work at the forefront of the international contemporary art movement.

The fair will commence on December 2, 2014, with Art Miami’s highly anticipated Opening Night VIP Preview. In 2013 Art Miami attracted 13,600 collectors, curators, artists, connoisseurs and designers during its Opening Night to benefit the Miami Art Museum (PAMM) and hosted 75,000 attendees over a six-day period.

Thank you for supporting ART HOME and the positive feedbacks.  Our first ever private viewing exhibition held at a secret location in Happy Valley was a great success, and for those who joined us, we hope you all enjoyed the exhibition. It was all laughters and joy. 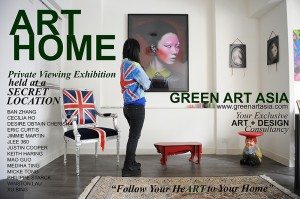 For those who missed the private exhibition, please see the attached for your viewing pleasure, do follow us and check out our Facebook page www.facebook.com/greenartasia for more images.

With its great success, Green Art Asia will be hosting yet another ART HOME. Stay tuned, as this time around, it will be held at another secret location.

Feel free to contact us at [email protected] for more information